For Marin’s earliest inhabitants, the Coast Miwok Indians, fall was an important season for acorn harvesting, a time to store food before the onset of winter.

Autumn is also a perfect time to learn about the region’s rich Native American past. Several parks and museums in Marin tell the story of a native people whose history stretches back in time for thousands of years, and who, against all odds, survive today, keeping alive a heritage that resonates in the sacredness, bounty and spirituality of our beautiful county.

Marin County was named after Chief Marin (whose native American name was Huicmuse), an 18th-century leader of the Licatiut, a branch of the Coast Miwok. Chief Marin lived toward the end of the era of Spanish rule in Alta California, a period of severe decline for the Coast Miwok and other native American tribes, whose populations were decimated by centuries of introduced disease, conflict, abuse and enslavement by European colonists.

The Coast Miwok were hunters and gatherers who over time inhabited some 600 village sites in the region between Sonoma’s Bodega region and southern Marin. They were skillful craftsmen in basketry, flint knapping and clamshell bead-making. They subsided by hunting and gathering on the land and harvesting from the sea an abundance crab, clams, mussels, abalone, oysters, halibut and rockfish.

There are a number of fascinating ways to explore Marin’s Native American heritage, from hikes on the Miwok’s sacred Mount Tamalpais, to park ranger-guided walks to a recreated Miwok village. To prepare for your exploration into the past, there’s a recent film on Mount Tamalpais narrated by Marin-based actor Peter Coyote and a fascinating biography of Chief Marin by author Betty Goerke, available at branches of the Marin County Free Library. California Indian skills classes are offered at Kule Loklo and College of Marin by the Miwok Archeological Preserve of Marin (MAPOM).

This bucolic park overlooks the Petaluma River and San Pablo Bay from the slopes of Mount Burdell. The name "olompali" comes from the Miwok language and means "southern village" or "southern people." The Coast Miwok inhabited at least one site within the area of the present-day park continuously from as early as 6,000 BC, until the early 1850s.

Park visitors can see two kotchas (houses), one made from redwood bark and another made with bundles of native tule reeds.  There is also a signed native plant garden and a "kitchen rock," a large boulder used as a mortar in which early people ground acorns and seeds into fine flour for food preparation. Park hours: Wednesdays through Sundays, from 9:00 AM to 5:00 PM.

From the Bear Valley Visitor Center, you can join a self-or ranger-guided walk to Kule Loklo (meaning Bear Valley), a recreation of a Coast Miwok village. Recreations of Coast Miwok kotchkas can also be seen at nearby Tomales Bay State Park.

The Coast Miwok Indians reached this San Francisco Bay island with boats made from tule reeds. These boats were good for short trips because their lightness made them fast and maneuverable. Long poles were used to propel the boats in shallow water; double-ended paddles were used in deep water.

The Miwoks established camps at what we know today as Ayala Cove, Camp Reynolds, Fort McDowell, and the Immigration Station. They also hunted deer, seals, sea lions, and sea otter and salmon and other highly prized fish were seasonally plentiful. The annual spawning runs were made through Raccoon Strait, just offshore from Angel Island. While on the island, the Miwok also hunted duck and other sea fowl, and gathered acorns, buckeyes, and other seed crops, as well as certain roots and leaves, in order to round out their varied diet.

Mount Tamalpais was and continues to be, a sacred site for the Coast Miwok. The name Tamalpais was first recorded in 1845 and is closely based on the Coast Miwok name for this mountain, támal pájiṣ, literally "west hill.”  The Coast Miwok are said to have believed that an evil witch dwelled at the top of Mount Tamalpais and therefore never set foot on the peak. However, it has been said the Miwoks did this in order to keep settlers off the sacred mountain.

Museum of The American Indian

Located in Novato’s Miwok Park, the museum is devoted to Native American culture and is the only one of its kind in the Bay Area. The Museum, which was founded in 1967 as rapid development of Marin County unearthed masses of archaeological objects related to the original inhabitants of the Coast Miwok people, houses a large collection of Coast Miwok artifacts. 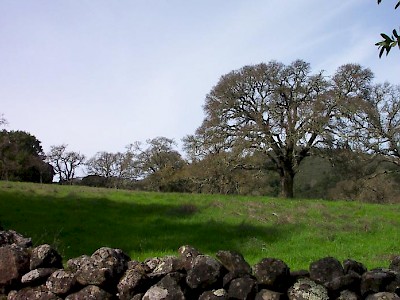 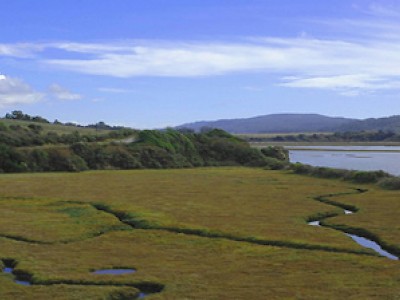 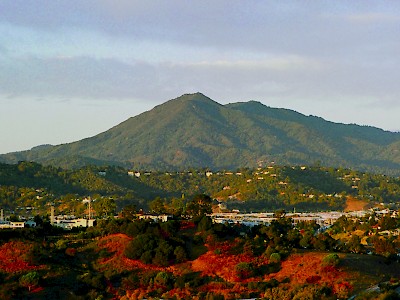 Magnificent Mt. Tamalpais has 6,300 acres of redwood groves and oak woodlands with spectacular views from its 2,500 foot peak. It is a hikers and bikers paradise. The...[Learn More] 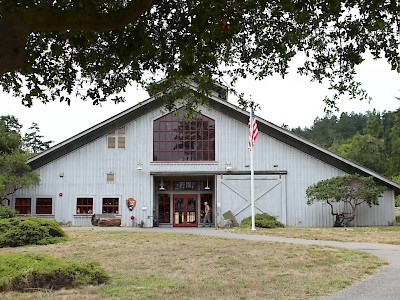 Campers may use campsites in the Point Reyes National Seashore year-round, but because of its proximity to San Francisco, the campsites are in great demand. Campsites are located...[Learn More]

Next: A Weekend in San Rafael: The Arts and Open Spaces »