News releases can announce a range of news items such as scheduled events, personal promotions, awards, new products and services, sales, accomplishments, etc. They are often used in generating a feature story or are sent for the purpose of announcing news conferences, upcoming events or change in a corporation.

Please feel free to browse any of the following links and PDFs to discover more about what our organization is doing in Marin County.

Bay Area Reporter - November
Top 4 Things to do in Marin

Story Studio - September
Summer's Not Over Yet!

Story Studio - July
A Road Trip for Every Interest

Studio Story - May
Marin's City of Art and Culture

How to Spend a Perfect Day in Stinson Beach

San Rafael Named one of America's Most Unique Art Towns

5 Short Hikes and Nature Spots to Kick Back in Marin

A Perfect Day in San Rafael

7 Marin Vistas to Blow Your Mind

The Best Pizza in Marin County

About Press and Media Releases

A Press Release is written in order to highlight an important event, program, or piece of information by an organization that succinctly describes the who, what, where, when, why and how of a story.

A Media Release is like a short newspaper article that you may send to different media outlets in order to gain interest in a writer’s mind so that a story will be published about the organization in which you work for or the product in which you are trying to promote.

If you are a member of the MCVB and would like to have a Press Release, Media Release or News Release published on this page, let us know by emailing our office at info@visitmarin.org 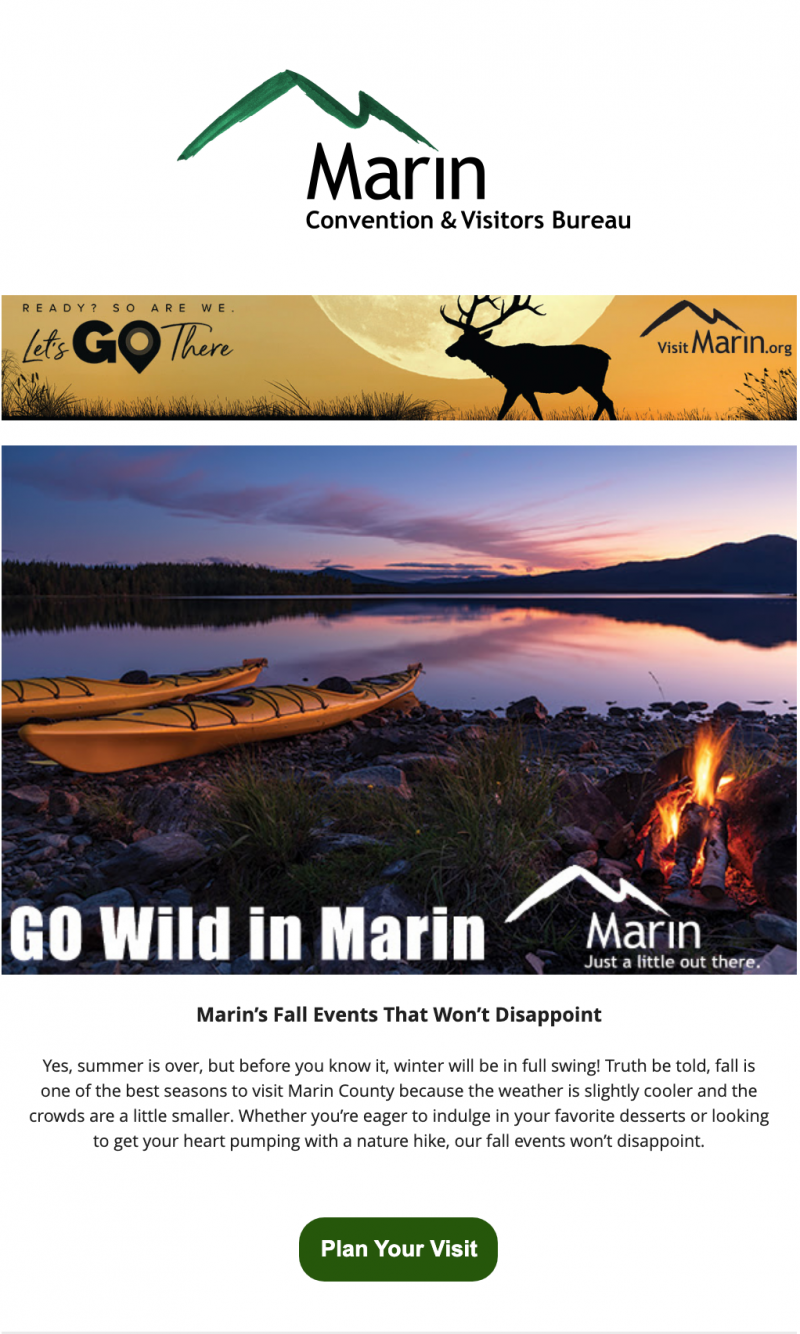 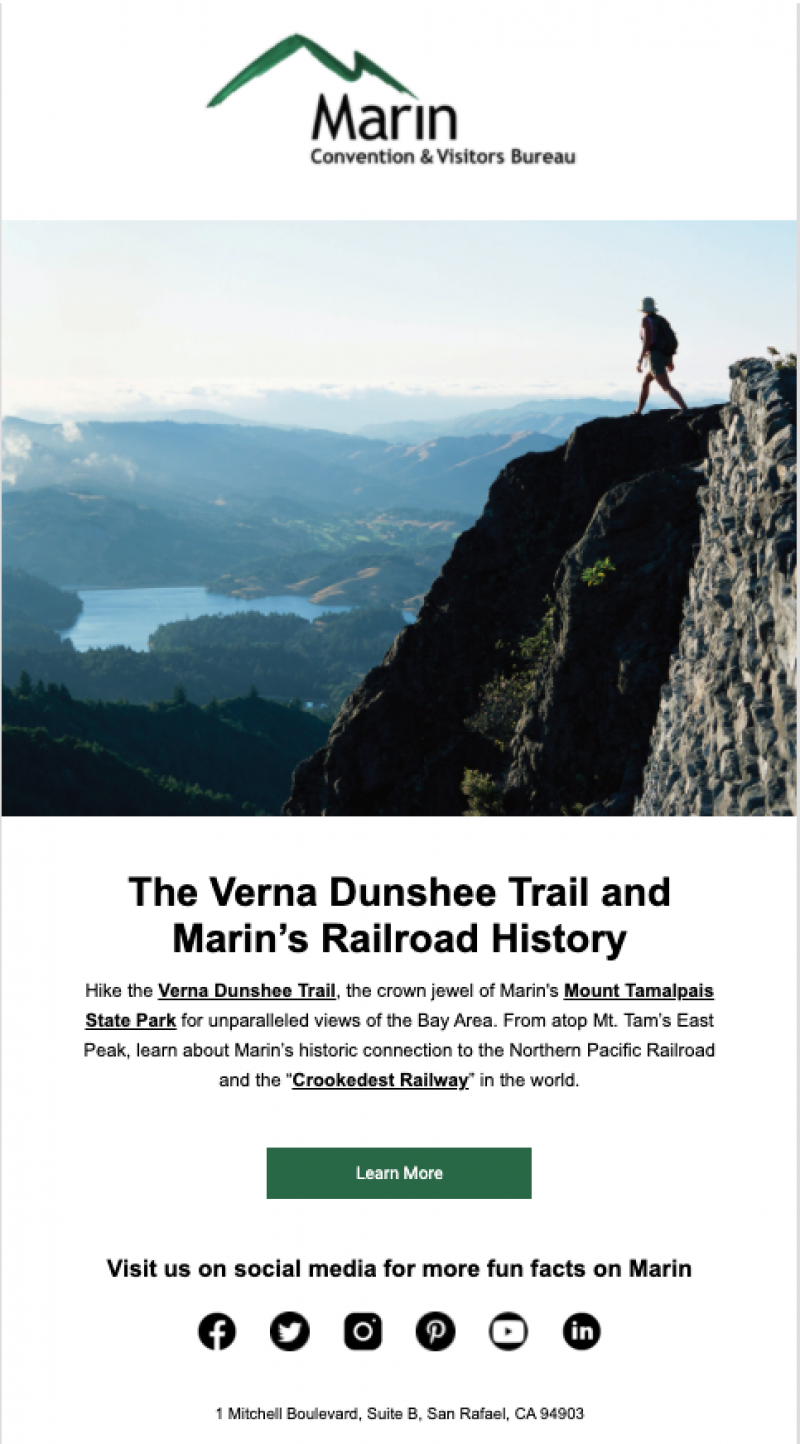 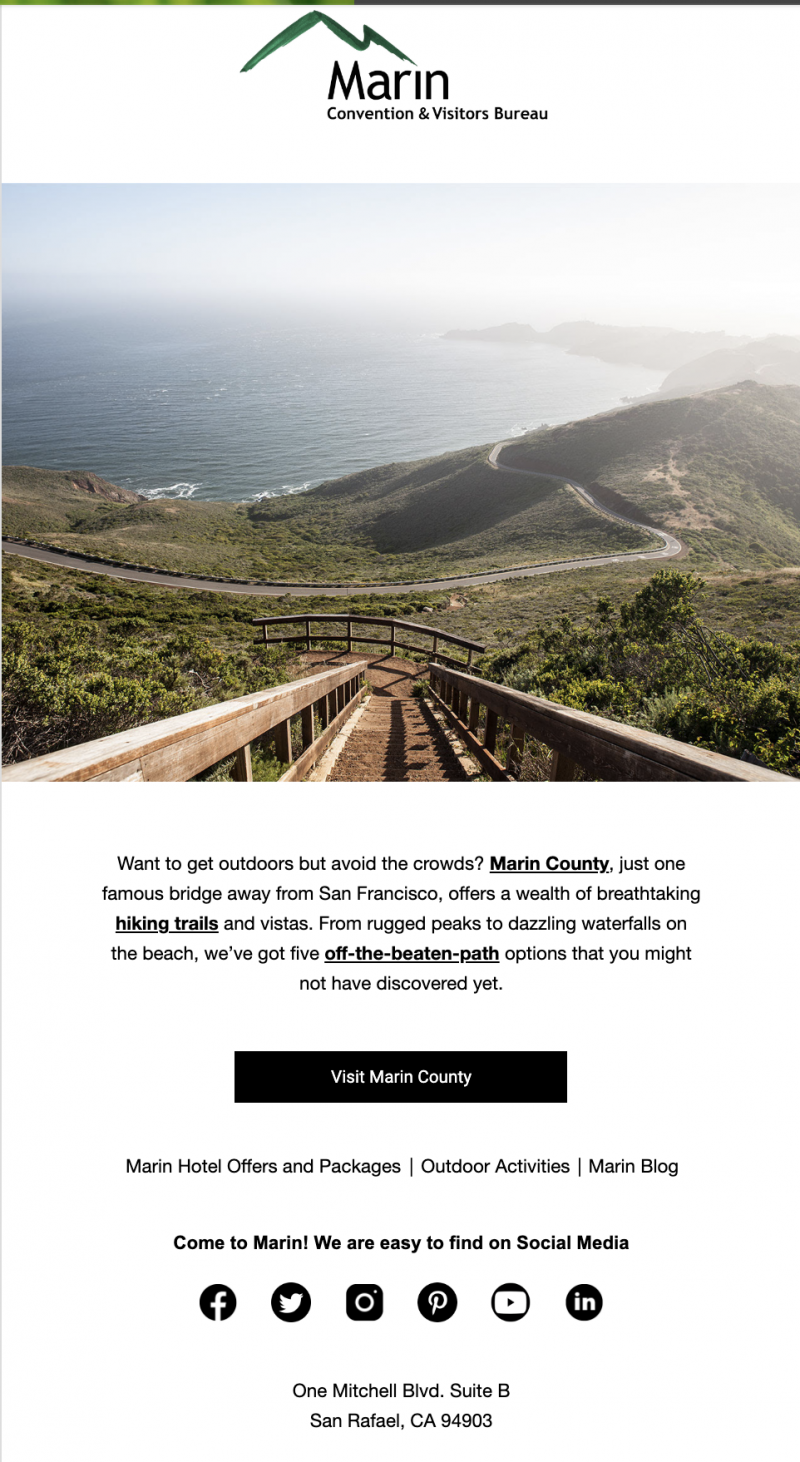 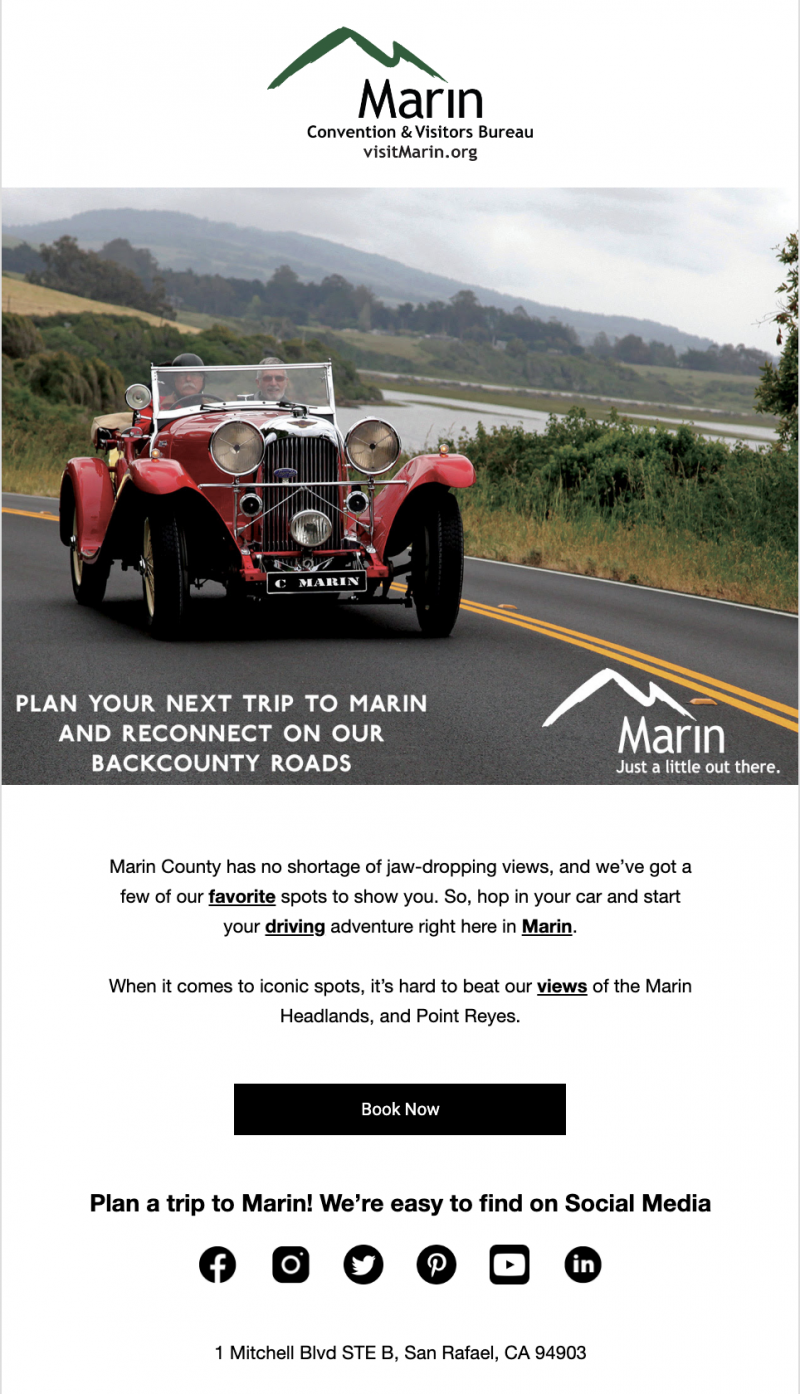 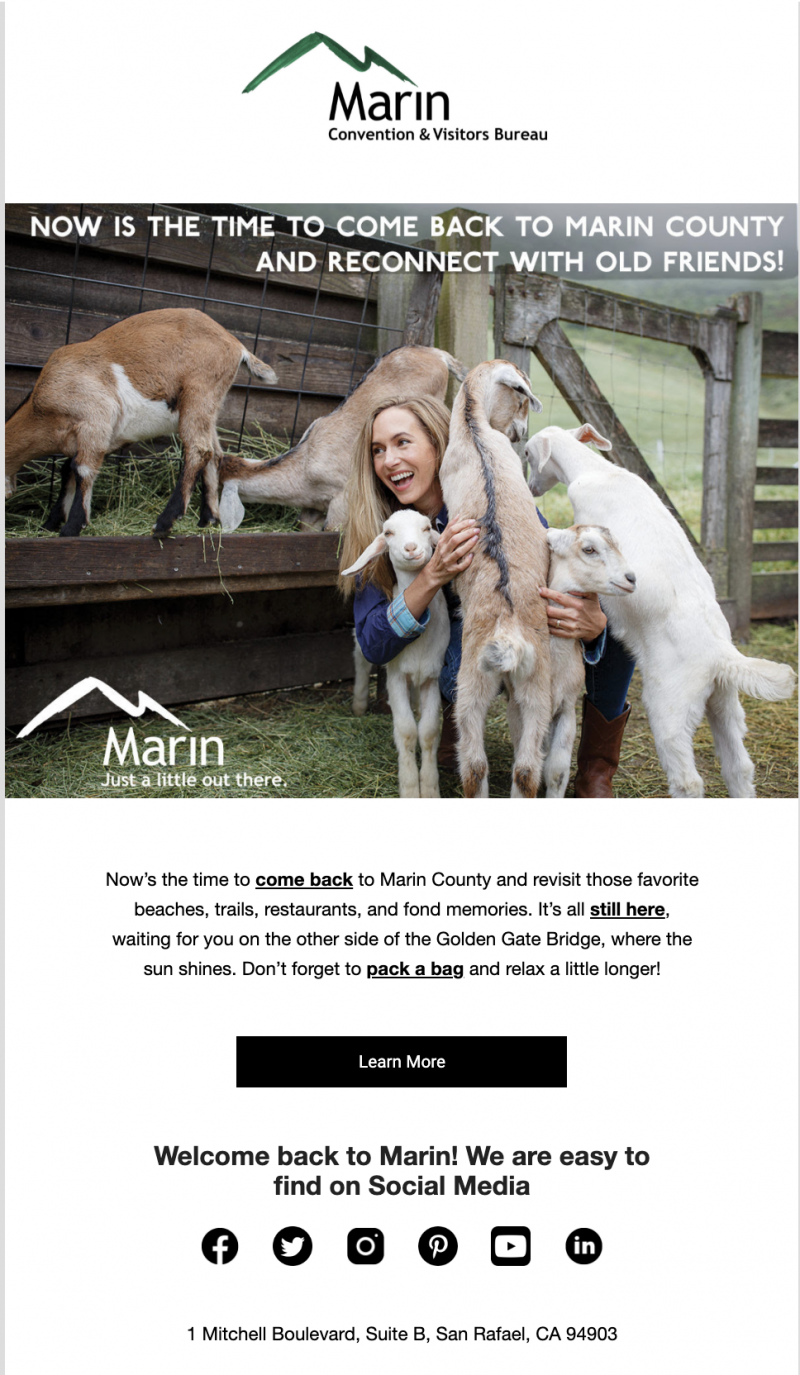