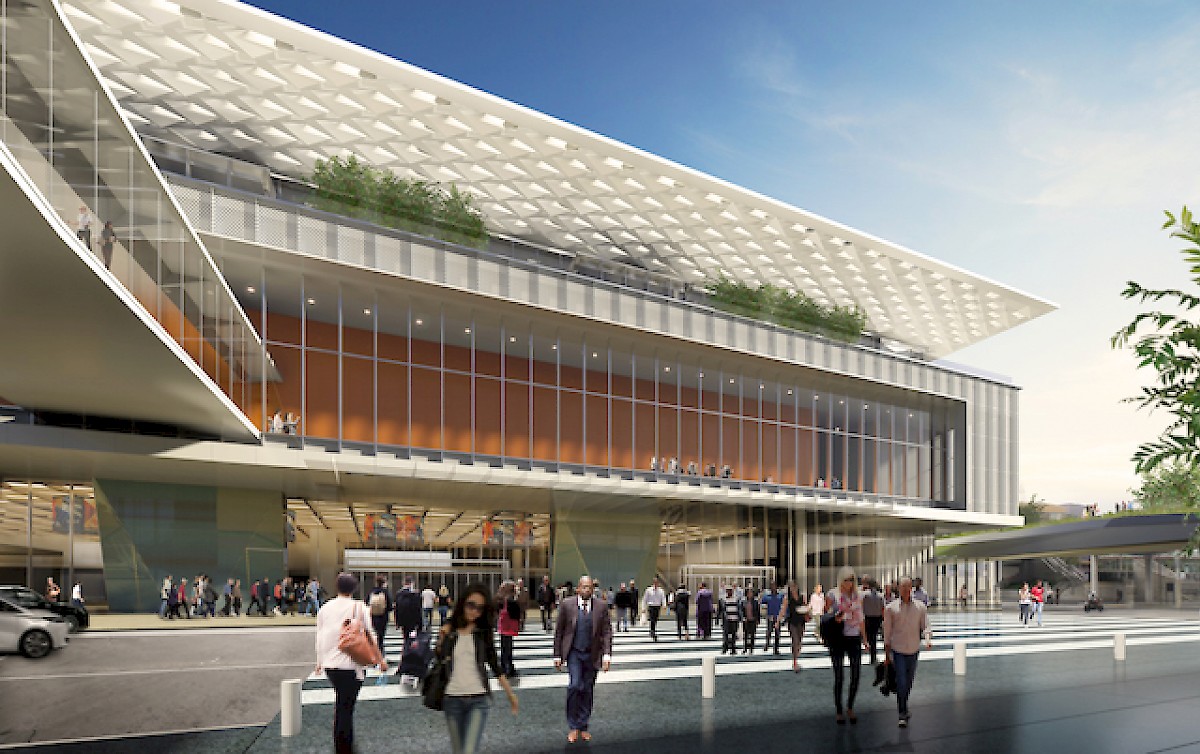 The San Francisco tourism industry, accustomed to recent boom times, is about to shift gears as it prepares for the loss of business generated by the city's largest convention center operation. In April, Moscone Center's $500 million expansion effort will require significant closures that will last into 2018, and SF Travel is expecting the loss of 290,000 visitors this year, per the Business Times. Over the next two years, hotels foresee the loss of 490,000 room nights. By its own estimation, Moscone Center is responsible for 21 percent of San Francisco's tourism industry.

Moscone West will stay open during this coming leg of construction, but Moscone North and South will close through the end of August. From then on, they'll be open during the work week, while closed on weekends and some evenings for the following year. The first aspect of Moscone Center, Moscone South, was completed in 1981, with the second, Moscone North, finished in 1991 and the Esplanade Ballroom in 1992. Moscone West was opened in 2003.

It might be hard for locals who live in annual fear of conferences like Dreamforce to wrap their heads around the idea that Moscone should be bigger, but that's exactly what's driving the renovations. The expansion project, designed by architects Skidmore, Owings, and Merrill, will increase the venue's capacity by 25 percent in an attempt to compete with rival convention markets.

"The Moscone Center can continue to operate at its current capacity," reads an answer to a FAQ on a website dedicated to the Moscone Center expansion. "However, space constraints at Moscone result in a projected direct spend loss of nearly $2.1 billion from 2010 to 2019 as conventions look for larger and more contiguous exhibition space. These losses will only grow as time passes if we do not invest money to expand the current facility."

The blow to the industry generally is no surprise to area hotels, and a separate Business Times article says some are well-positioned for the situation. The Marriott Marquis, for example, has been planning for this day since 2013, and has been one of several businesses pushing to host its own, smaller conferences. Other hotels that might not have the capacity to host on their own conferences are banding together with their rivals, working together to accommodate larger groups. In another general tactic, SF Travel is hoping the city will draw more international tourists during times the industry would otherwise rely on the usual slew of Moscone Center events.