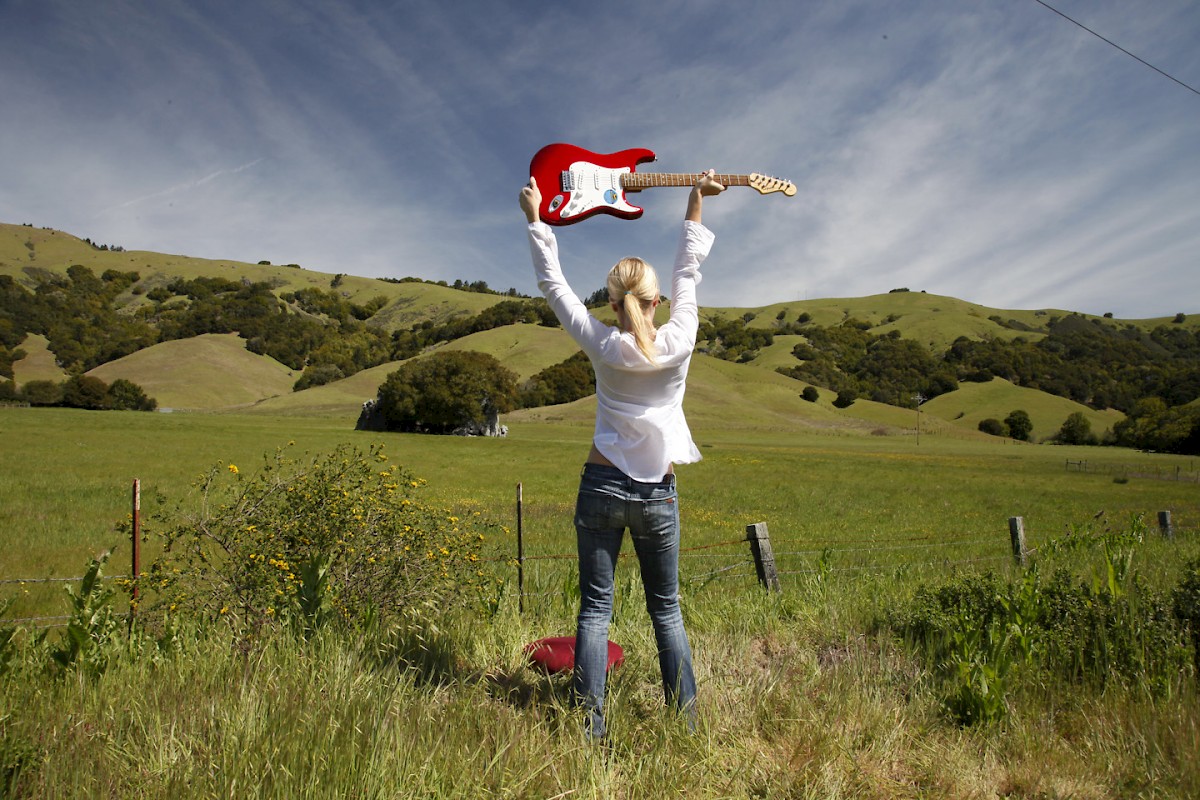 Hold onto your hats; summer is coming! This year is a special one in Marin County because it marks the 50th anniversary of the Summer of Love. The milestone reflects back to 1967 when nearly 100,000 art lovers gathered in the legendary Haight-Ashbury neighborhood near Golden Gate Park to celebrate all things music, art, fashion and freedom of expression.

With such an important anniversary, Marin County is hosting several events dedicated to five of its core values: community, family, art, agriculture and the environment. Here are three ways to experience Marin’s summer of love.

While many residents were part of the gathering of 1967, there’s another, lesser-known event that actually happened in Marin County that year. Their summer of love is a flashback to June 10 and 11, 1967, when tens of thousands of Bay Area music fans converged on the Sidney B. Cushing Memorial Amphitheatre on Mount Tamalpais in Marin County for the first U.S. rock festival. Many argue that this was the true start of the Summer of Love. It definitely had some top performers that year, including Jefferson Airplane, Steve Miller Band and The Byrds.

Another important tie between Marin County and the Summer of Love is none other than The Grateful Dead. The band emerged on the Haight-Ashbury music scene in 1966 and became an instant hit among locals. Nowadays, several of the bandmembers live right here in Marin. Our very own Sweetwater Music Hall, a state-of-the-art nightclub and cafe, is partly owned by Bob Weir. Similarly, Phil Lesh, also a member of the Dead, owns Terrapin Crossroads—a restaurant and music venue on the canals of San Rafael. Jerry Garcia lived in Marin, too, and sometimes hung out at the Olompali State Historic Park.

Speaking of Olompali State Historic Park, the band used it as the backdrop for its album Aoxomoxoa. A few years prior, in May and June 1966, they leased Olompali, during which time they’d set up to play free music for hours. Other bands, like Jefferson Airplane, also graced the stage that summer.

This summer, relive the fun and create new memories with one or all three of these special events.

If you’ve never seen Hair—a musical chronicling the lives of bohemians living in New York City during the Age of Aquarius—grab your bellbottoms; here is your chance. On June 10, the Mountain Play will feature a concert version of Hair, with all the songs you know and love. Based on your price point and preference, choose among four levels of reserved seating: the Patron’s, Director’s, Orchestra Sun and Club circles. It’s the perfect way to celebrate the summer while getting a taste of Broadway in New York.

To celebrate the 50th anniversary of the Summer of Love, the Marin County Fair, the “Greenest County Fair on Earth,” is going all out with the groovy theme of “Let the Sunshine In!” A blast from the past, the festivities kick off June 30 at the Marin County Fairgrounds in San Rafael and wind down on July 4, so you’ll have plenty of time to get in on the action. As usual, there will be tons to do—from traditional carnival rides and free concerts to nightly fireworks over the Civic Center Lagoon Park. But this year only, the fair celebrates the 1967 spirit with psychedelic art and photography shows, fashion parades—including tie-dye and macrame competitions—and a Magic Bus multimedia adventure. Wear flowers in your hair, and go wild child this year.

On June 24 and 25, Italian Street Painting Marin will transform the streets of San Rafael into Summer of Love: An Art and Music Experience, a tapestry of Summer of Love–themed paintings to peruse, all set to the groovy musical hits of the era. During the two-day experience, roughly 100 artists, or madonnari (street painters), from all over the United States, Mexico and Canada will show off their talents by both recreating famous masterpieces and showcasing original work. Attendees will also have the opportunity to meet legendary artist Stanley Mouse at an exhibition of his iconic music posters. While the art is only temporary, you can take as many snapshots and selfies as you please. Adult one-day tickets are only $10, and kids 12 and under can experience the magic of 1967 for free.

For all you need to plan your Marin County vacation, visit the Marin Convention and Visitors Bureau’s website or Facebook page, or download the mobile app.

Next: Be the Star of Your Summer Adventure in Marin County »

« Previous: Best Camping Spots for Memorial Day Weekend and Beyond