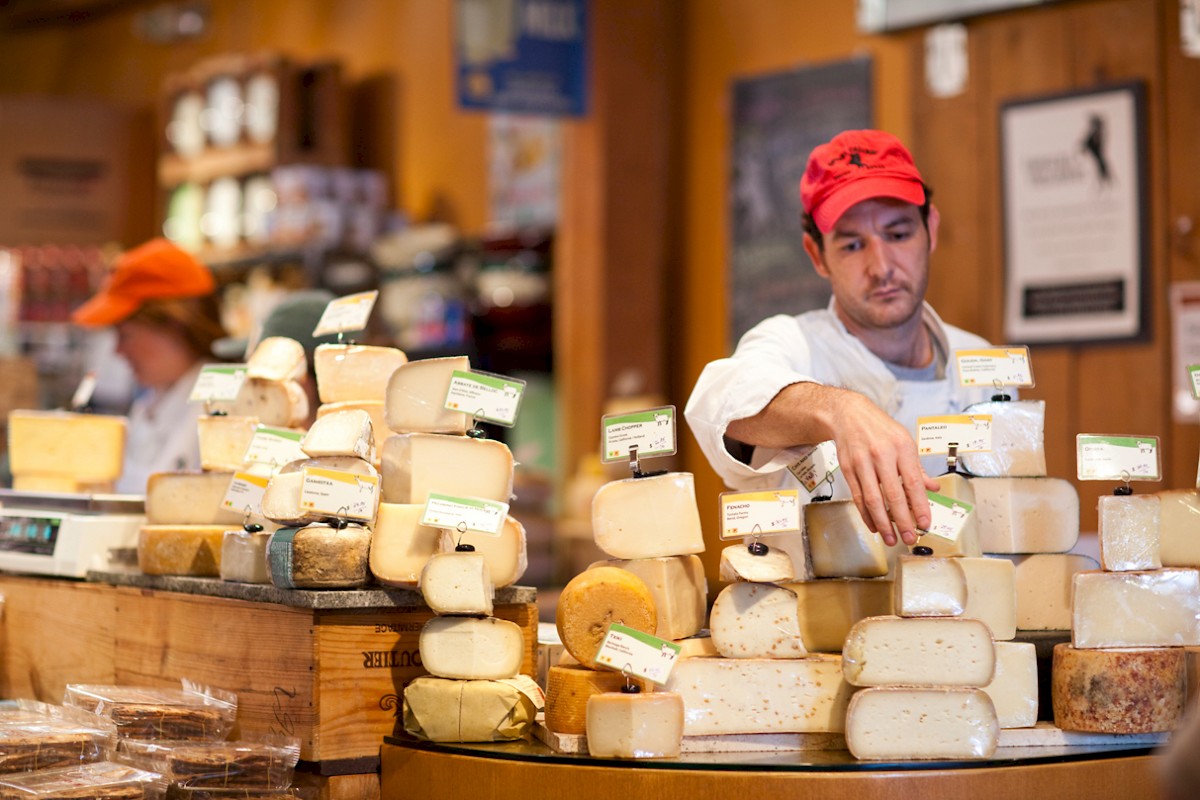 Posted in Blogging Marin on Wednesday, September 19, 2018 by MCVB Staff

The California Gold Rush helped spur the dairy industry in Marin. Once a thriving countryside of Mexican cattle ranches and Miwok Indians, today Marin is a hub for farm-fresh food and culinary excellence, as well as a place for families to grow in communities focused on art and culture and all things local.

For much of the 1800s, dairy farms proliferated among absentee landowners, typically wealthy individuals living in nearby San Francisco. Tenant farms were small, with only as many cows as could be milked twice a day.

These dairy farms would go on to produce as much as one quarter of all California butter by 1862; and with the completion of the North Pacific railroad, Marin’s butter, milk and cheeses could now be sold in emerging markets.

And those new markets loved what they tasted.

Marin’s geography and natural splendor have had a huge impact on the success of its dairy industry, known for producing quality milk from very, very happy cows and sheep. Here’s a closer look at some of the best cheesemongers in Marin, and some local purveyors that specialize in handmade traditions.

Perhaps the most famous of Marin’s cheesemakers is Cowgirl Creamery, located in Point Reyes Station. If anybody understands what makes Marin cheese so great, it’s the gals running this rodeo, Sue Conley and Peggy Smith. They understand that it’s the milk from Marin’s finest cows that produces cheese distinct to the area.

What started out as a rustic operation has grown into a cheese empire, with Cowgirl cheeses sold in more than 500 retail locations across the country.

You can order cheeses from them online, or take a trip up the beautiful coast and tour their shop in person—which, to this day, still churns out handmade cheeses using traditional techniques.

You might not remember much French from high school, but you’ll never forget your first bite of these fabulous French cheeses.

Focused on Old World techniques and European-style cheeses, the Marin French Cheese Company is the longest continually operating cheese company in the US.

If that’s not impressive, stop by their store in Petaluma, where you’ll find the same location of the original creamery, established by Jefferson Thompson almost 150 years ago.

Hicks Valley Ranch, the farmland home to the Marin French Cheese Company, has been privately owned and protected since 1865. It’s also certified organic and exclusive to pasturing cows and seasonal crops.

Explore popular French cheeses like Brie and Camembert here, and be sure to bring a picnic lunch for an amazing alfresco meal near the creamery’s pond or rolling hillsides.

Not every creamery in Marin has been around for generations. And while Nicasio Valley Cheese Company may be the new cheese-kid on the block, their family’s history has been a part of the area since the early 1900s.

For three generations, the Lafranchi family name has been rooted in the soil of the Nicasio Valley. After decades of family ranching, a commercial creamery was founded in 2010.

Plus, being the new kid has some advantages. This family operation focuses its cheesemaking efforts on sustainable practices, organic farming and innovative recycling techniques to help usher a new generation of cheesemakers into Marin’s evolving landscape.

To make good cheese, it takes a village. From raising the cattle and milking the cows to making the cheese and selling it at farmers’ markets, the story of how your Marin-made cheese gets to your table is a long one.

And nobody understands that process better than the folks at The Fork at Point Reyes Farmstead Cheese Company.

Since 2000, this family-owned creamery has been making fine cheeses from cows they raise on their land in Point Reyes Station. It’s a large operation and they’re committed to helping everyone learn more about the cheesemaking process, sustainable practices and other educational opportunities for the community.

So grab your phone camera and get ready to say cheese in a selfie! Explore these delightful creameries and more on your next trip to Marin.