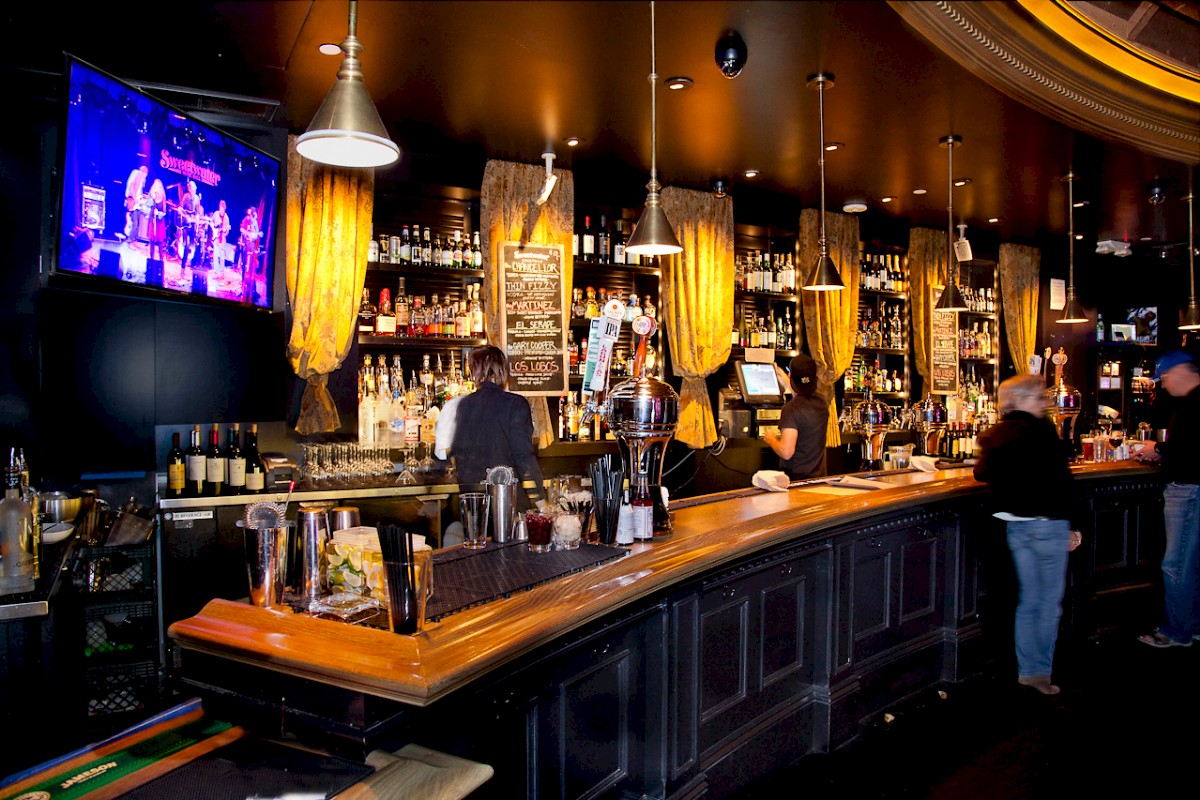 It’s been argued that today’s renaissance of classic cocktails, like the Old Fashioned, Gimlet and Manhattan, is a result of shows like AMC’s Mad Men, which spotlight retro drinks in the hands of dapper men and beautiful women. Thanks to Mad Men’s lead protagonist, Don Draper, an ad man with a fancy for whiskey, the cool in craft has come full circle coast-to-coast.

Although the television show takes place mainly in New York City, on the West Coast craft cocktails have a distinct edge on the competition by way of fresh ingredients raised right here. In particular, many of Marin County’s swankiest bars, lounges and restaurants have embraced the craft cocktail scene, marrying Old World techniques with contemporary experiences.

Here’s a list of classic concoctions and where you can find them in Marin.

In Mad Men, Don Draper’s drink of choice is the Old Fashioned. It’s a stiff cocktail I wouldn’t recommend before 7 p.m., although Draper has a tendency to drink them for breakfast.

This classic cocktail is made with a muddling technique, by combining ingredients (sugar, bitters, sometimes cherry or an orange) before pouring over rye whiskey or bourbon. The first sip of this drink dates back to the early 1800s, but it came into vogue circa the 1880s, which is also when the name Old Fashioned was coined.

Terrapin Crossroads, a waterfront lounge and restaurant, has a nice selection of craft cocktails on its menu, including a fabulous twist on this retro one. The Terrapin Old Fashioned is made with traditional rye whiskey, a brown sugar syrup, cherry and orange-flavored bitters, for a bit of a twist.

There’s plenty of debate over the classic preparation of this cocktail—some say gin, some say vodka—but there’s no dispute over how popular they’ve become, especially during warmer summer weather.

That’s why I recommend heading over to Rickey’s Restaurant & Bar in Novato. If you’re not sure how you might like this cocktail, Rickey’s has a happy hour menu that lets you build it how you want for only $6.50. Get it dirty, on the rocks, with gin or vodka, and enjoy delicious local fare and live jazz music almost every Friday and Saturday night.

The Sidecar’s ambiguous roots (maybe London, maybe Paris, and sometime post-WWI) make it a mystery, as well as an inspiration in modern mixology.

This is another truly boozy cocktail made with cognac, triple sec and fresh lemon juice, typically served straight up with a sugar rim and citrus wedge. But there are hundreds of variations on menus across the country, and one of the best is at Left Bank Brasserie in Larkspur.

The Blackberry Sidecar is made with Remy VSOP Cognac, crème de mure (blackberry liqueur), Cointreau, lemon and a salted sugar rim: voilà. It’s the priciest cocktail on the Brasserie’s menu, and for good reason. This aromatic cocktail is exactly why Marin takes the cake for best craft cocktails.

You’ve seen the rosy copper mugs, wet with condensation, and may have wondered what craft concoction is chilling inside. The Moscow Mule hearkens back to the 1940s, when it was created on the East Coast by two men: one a vodka distributor, the other a proprietor of the cocktail’s signature splash, ginger beer.

While the copper mug is merely for aesthetics, it’s the hallmark of this refreshing drink, and one you can find atop the menu at Fenix in San Rafael.

Fenix mixes this cocktail up right with traditional ingredients, including the original Cock’n Bull ginger beer used by the two creators. Fresh lime juice and a copper mug complete the drink. The atmosphere of this full-service restaurant and live music venue complements this cocktail effortlessly.

Like the name suggests, New York’s Manhattan Club, a political/social society, invented this boozy cocktail in the 1870s. Traditionally made with good whiskey, red vermouth and bitters, and garnished with a signature cherry, this drink packs a punch and is especially good for a late nightcap, or a very lazy Sunday.

Nick’s Cove Restaurant & Oyster Bar in Marshall is the perfect backdrop for this lip-puckering drink, in particular because the skyline of this lodge-style restaurant has a view of the water you would never find in the Big Apple. They prepare their own version called a Marshall Manhattan, made with Amador Double Barrel Bourbon and Anderson Valley Oatmeal Stout Syrup. A must try if you’re in the mood for a Manhattan in Marin.

Mad Men may have spurred a new awareness for Old World cocktails, but it’s the people and places that make these libations so memorable, perhaps even more delicious.

Be sure to sample some of these retro-themed cocktails on your next visit to Marin.

Next: Experience the Romance of Marin County »

« Previous: A Night Owl’s Guide to Cocktails in Marin County