Things To Do · Landmarks 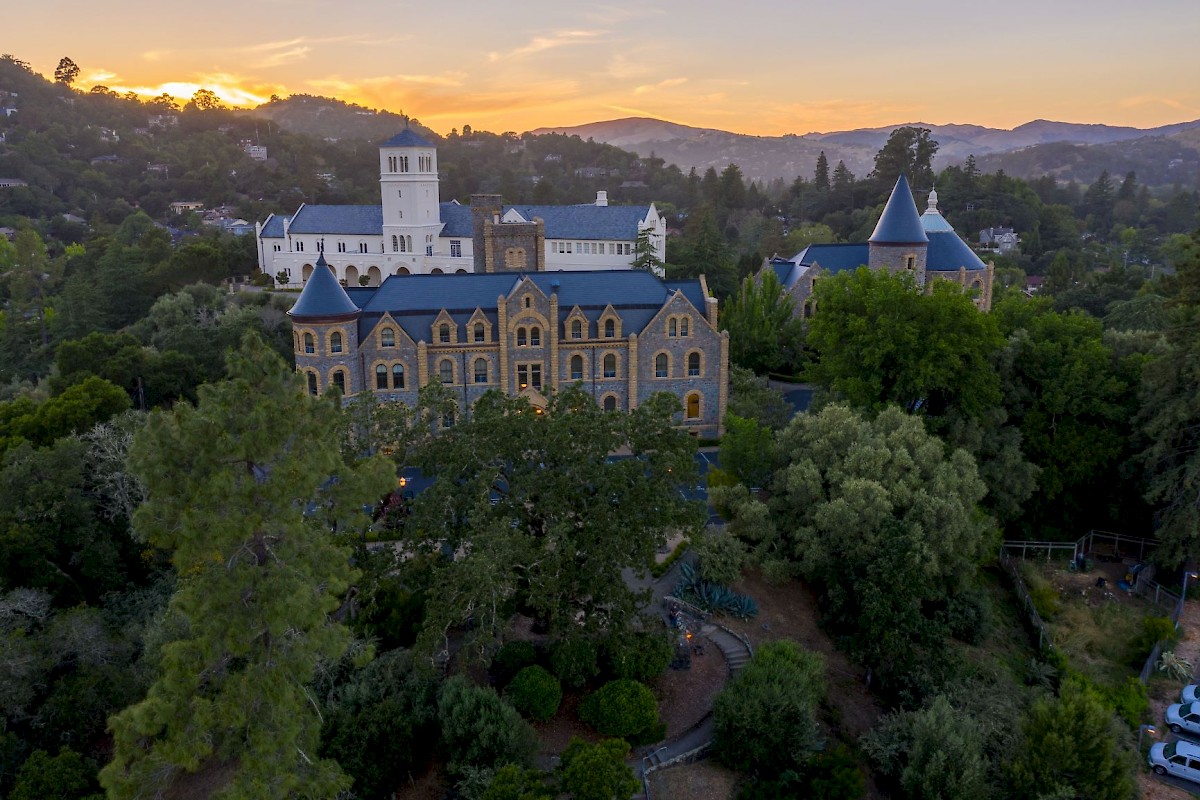 Majestic castles and chapels situated on 14 beautiful acres with views overlooking the Ross Valley and Mt. Tamalpais, many agree that it is an extraordinary place for weddings, receptions, concerts, conferences and retreats.

The Seminary was founded in 1871 in San Francisco as Presbyterian City College. In 1870 the College received a gift of a 14-acre hilltop in San Anselmo. Money to build the campus was also donated, and on September 21, 1892 the San Anselmo campus was opened. Today, the seminary is home to the University of Redlands Marin Campus. The Seminary is within walking distance of downtown San Anselmo and consists of numerous historical buildings, chapels, Victorian homes, and includes the “castles on the hill”, one which is patterned after the Basilica of St. Francis of Assisi. The picturesque campus is located just 15 miles north of the Golden Gate Bridge.

While we do not offer guided tours, self-guided walking tour pamphlets are available by clicking on the following links, Desktop Version and Mobile Version