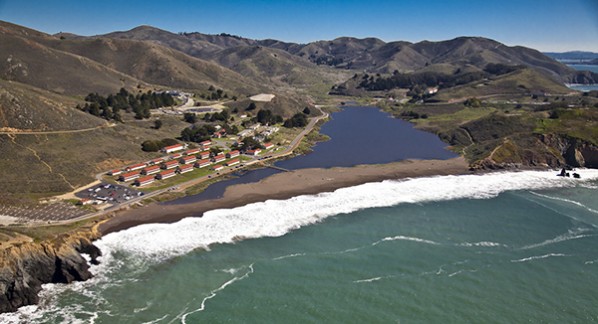 We are here to help you find the perfect location for your project and assist in finding the correct contact for permitting. If you do not find what you need, please either email or call Deborah Albre at 415-785-7032.

Sandwiched between San Francisco and the Napa/Sonoma wine country, Marin County’s stunning natural landscaping, sprinkled with unique and diverse towns and communities throughout, makes it an ideal choice for filmmakers and travel writers of all sorts. Even though we may be "just a little out there" we really are in the middle of it all!

The Marin County Film Resource Office is a department that operates under the Marin Convention & Visitors Bureau which was created to serve as an informational resource to the film industry. We are pleased to provide film scouts and production crews with appropriate contact and permit information if planning to film in any public space throughout Marin County.
We are a current member of FLICS and the AFCI. Please feel free to visit any of the following resources:

The California Film Commission offers free on-line permitting for all state property including state parks and beaches, freeways, roads, and government buildings. From hospitals and prisons to back roads and mountain ranges, the California Film Commission helps filmmakers gain access to the perfect locations.
Cinemascout is their on-line database featuring California locations available for filming. They also host visitors at their on-site Location Resource Center for personalized assistance when searching for locations.

The Marin County Film Resource Office has partnered with the Film Liaisons in California Statewide (FLICS) as a network of regional film offices and commissions that work cooperatively with the California Film Commission. Our objective is to retain, attract and facilitate feature film, television commercial and print media production in California.

The Association of Film Commissioners International (AFCI) is the official professional organization for film commissioners who assist film, television, and video production across the globe. The AFCI is a non-profit educational association whose members serve as city, county, state, regional, provincial, or national film commissioners in their respective governmental jurisdictions.

Next: Permits for Individual Marin Cities »