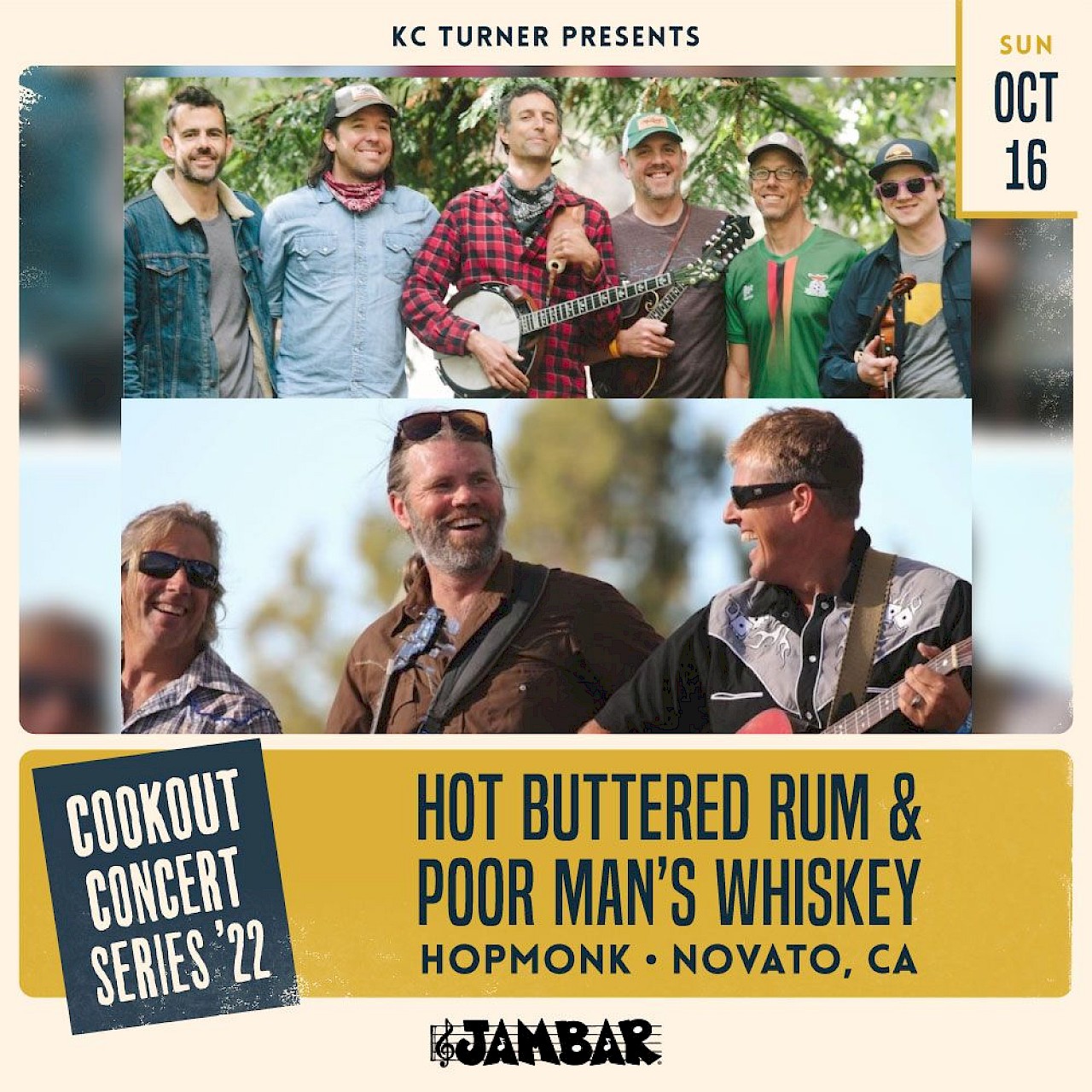 KC Turner presents Hot Buttered Rum & Poor Man's Whiskey:  Hot Buttered Rum is an  is an American five-piece progressive bluegrass act based in the San Francisco Bay Area and performs frequently at music festivals.  They have also headlined The Fillmore and have performed with a wide variety of artists, including Phil Lesh, Chris Thile, Bela Fleck and Peter Rowan. Their song "Right Between Your Eyes" gained national prominence when it was selected to serve as the theme music for the TV show, "Cook's Country from America's Test Kitchen" during seasons one through 11.

Poor Man's Whiskey is Northern California’s outlaw music that brings a reputation for high-energy live shows and an incomparable fusion of bluegrass/old time, southern rock, and old school jam to stages and festivals worldwide. Poor Man’s Whiskey has been growing exponentially in the past few years, selling out venues across the country such as the legendary Fillmore in SF. This “High-Octane Hootenanny” will certainly delight those interested in a foot-stompin’ good time. Poor Man’s Whiskey has evolved into a ragged, spontaneous beast pulling from equally deep wells of story-telling originals, expertly crafted covers and zany on-stage shenanigans.

Next: A Hike and Yoga Retreat with Uli K »