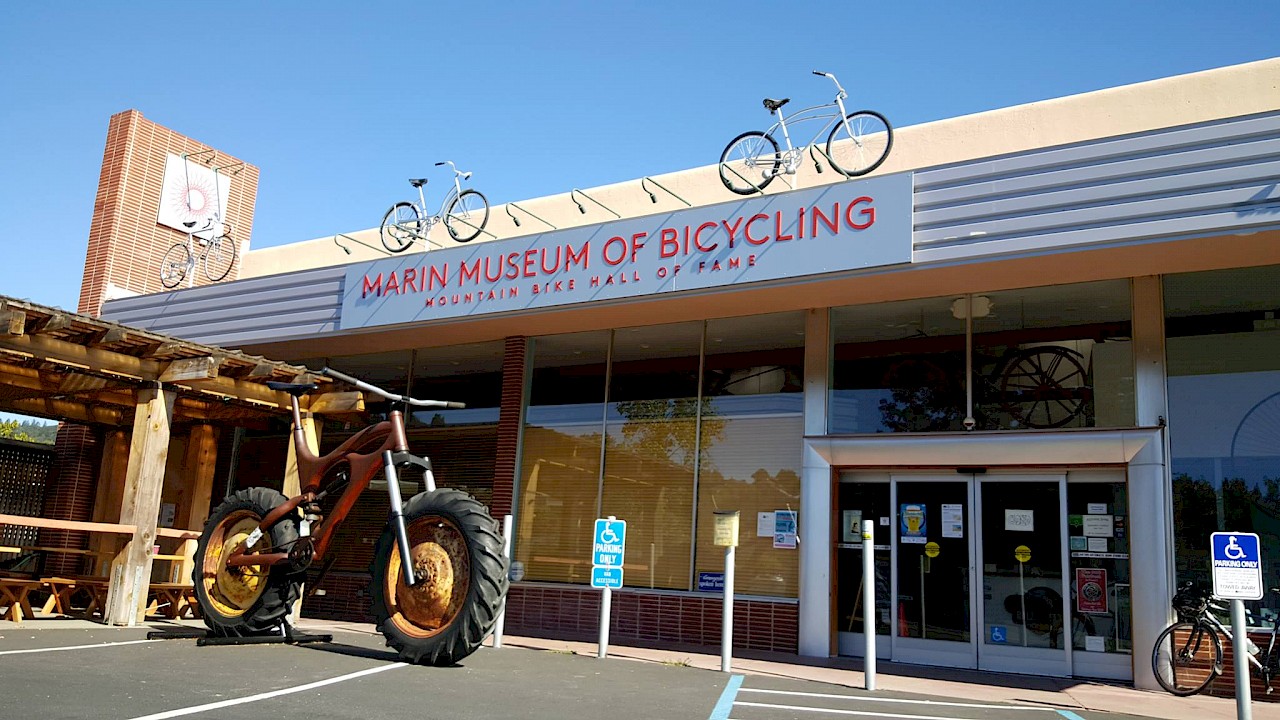 On Thursday, April 22, 2021, Marin Museum of Bicycling, closed since March 2020 owing to the pandemic, will re-open its doors with a special exhibition about the Tamalpais scenic railway.

The Tamalpais railway, from 1896 to 1930, conveyed tourists from all over the world up the serpentine route to the crest of the mountain. Ever since, the expansive views afforded by “Railroad Grade” have been widely enjoyed by hikers and cyclists. The exhibition will feature a 109-year-old 1/10-scale model of the special mountain-climbing locomotives that pushed trains up the 8-mile grade and 281 curves to the summit.

The museum's displays of bicycles and cycling history from the 19th to 21st century will also be on view. During the pandemic closure, Museum volunteers have been expanding the museum's exhibit space. Museum visitors will be able to see the bicycle collection including many additions, as the expansion work continues.

Most of the work on the Tamalpais locomotive model was done by Mill Valley resident Howard Folker, a conductor, engineer, and machinist for the Railway. Folker completed the model in December 1911, and that same month the engine was put on display in the Railway’s ticket office in San Francisco’s posh Palace Hotel. A 1911 newspaper article in the Sausalito News describes how holiday shoppers would crowd around the Market Street window to get a glimpse of the locomotive and its moving geared drivetrain.

From April 22, visitors to the Marin Museum of Bicycling will get a chance to view the model locomotive and learn more about the history of the Mt. Tamalpais Scenic Railway.

The Marin Museum of Bicycling will be open Thursdays through Sundays, 11am to 5pm, subject to the COVID situation. Masks and social distancing are required.

Next: Celebrate Earth Day 2021 on Schooner Freda B »

« Previous: "Dining Under the Lights" in Downtown San Rafael