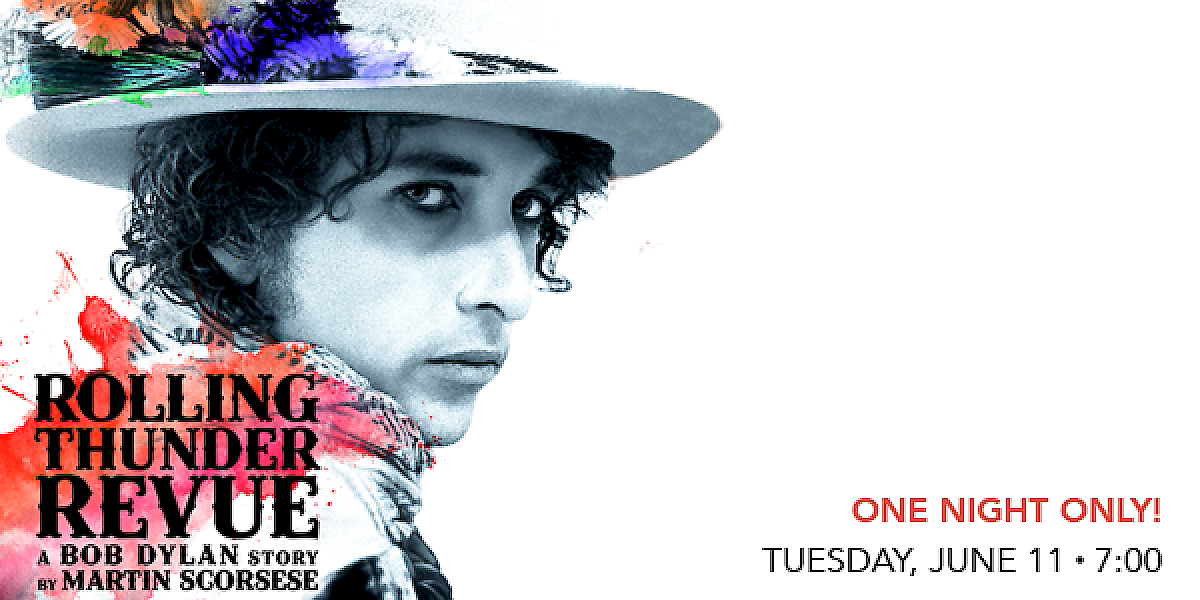 Truth and myth are blurred in Martin Scorsese’s film experience about Bob Dylan’s Rolling Thunder Revue tour in fall of 1975. Part documentary, part concert film, and part fever dream, ROLLING THUNDER is a one of a kind experience that captures both the troubled spirit of America in 1975 and the joyous music. Dylan traverses the country with a traveling caravan of musicians, including Joan Baez, Roger McGuinn, Ramblin’ Jack Elliott Ronee Blakley, Allen Ginsberg and Sam Shepard. Over the course of the tour Dylan was also joined by Joni Mitchell, Ringo Starr, Bette Midler, Kinky Friedman, and Dennis Hopper. Director: Martin Scorsese, (USA 2019),142 min.