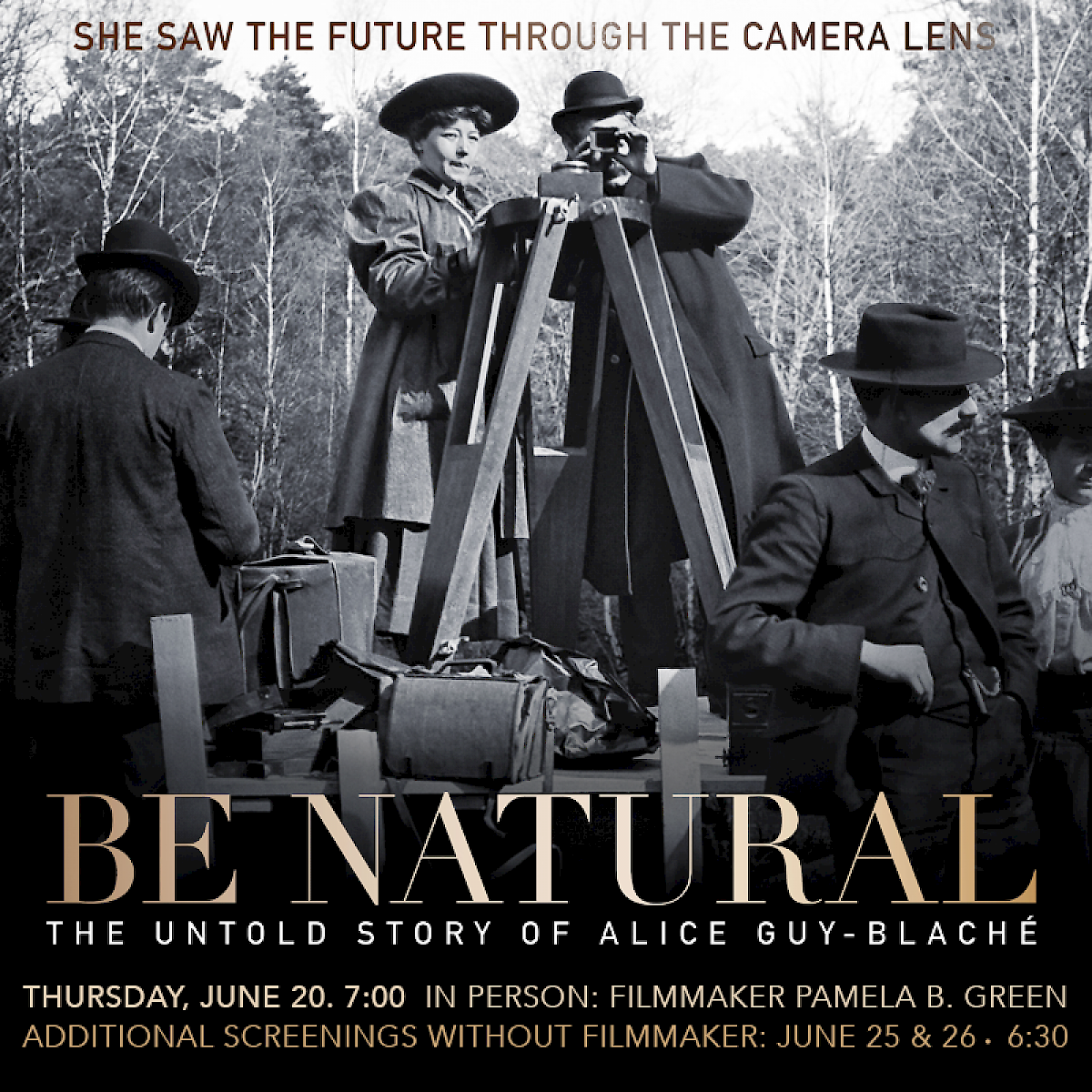 Narrated by Jodie Foster, this eye-opening documentary reveals the life and work of Alice Guy-Blaché, cinema’s first female director (not to mention screenwriter, producer and studio boss). When Guy-Blaché completed her initial short film in Paris in 1896, she also became one of the first in history to make a narrative film. Over an illustrious 20-year career, she produced 1,000 movies, and then she veritably disappeared from history…until now. Filmmaker Pamela Green, who has dedicated more than eight years to her research, offers generous samplings of Guy-Blaché’s work, as well as filmed interviews with contemporary artists including Ava DuVernay, Ben Kingsley, Patty Jenkins, Geena Davis, Diablo Cody, Andy Samberg, Evan Rachel Wood and many others. Writer/Producer/Director: Pamela B. Green. (US 2018) 103 min.

« Previous: Dine With Music (Acoustic/Intimate) at Panama Hotel, Every Wednesday