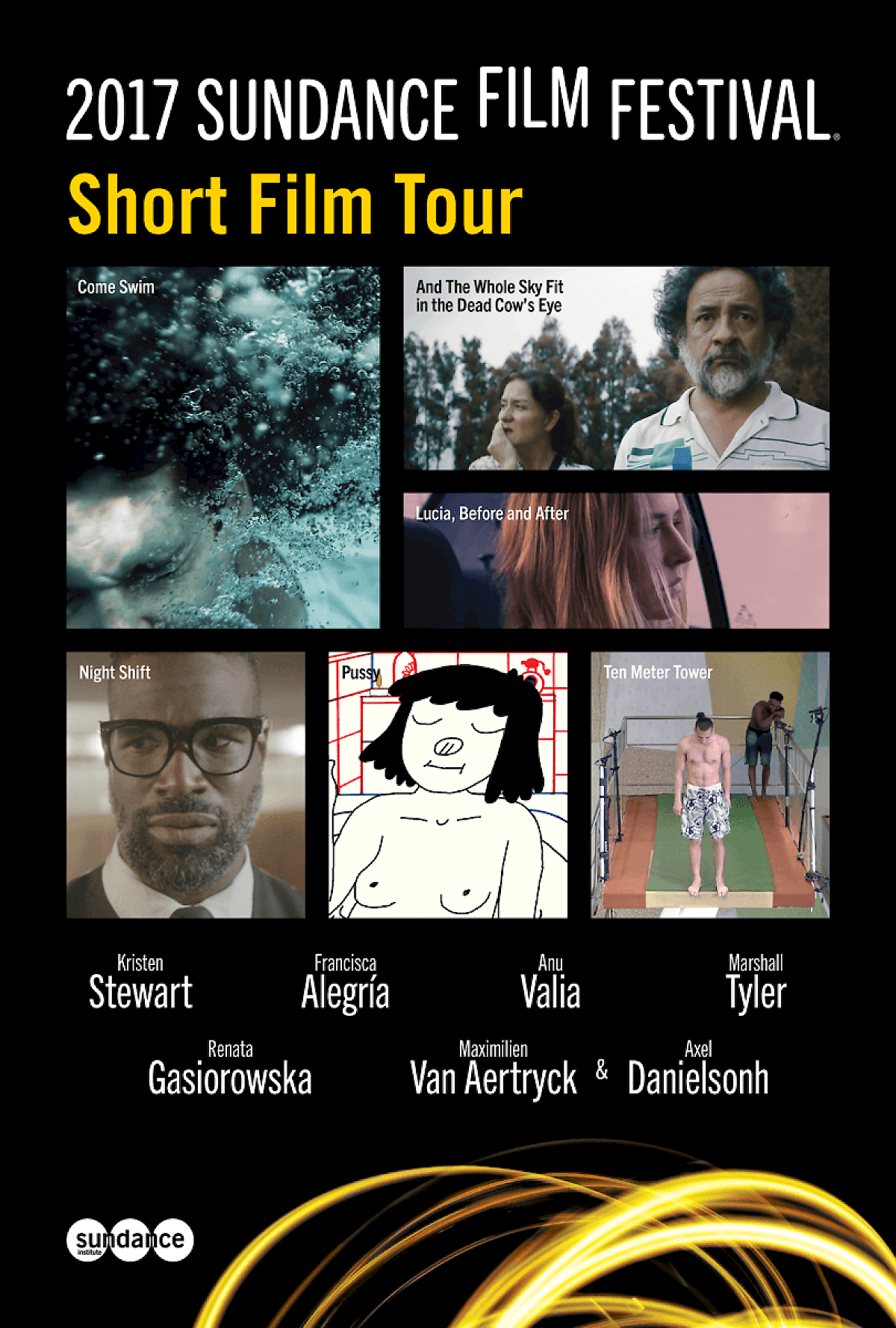 On the eve of the 2018 Sundance Film Festival, we present a program of seven shorts, including two award winners, from last year’s event. Showing Jan 5-11, 2017.

Canadian Peter Huang’s Five Films About Technology hilariously takes on the dumber sides of technology. Francisca Alegria’s Chilean short (in Spanish with English subtitles) And the Whole Sky Fit in the Dead Cow’s Eye (Short Film Jury Award, International Fiction) depicts a woman visited by a ghost. Come Swim is Kristen Stewart’s impressionist diptych of one man’s day. In Anu Valia’s Lucia, Before and After (Short Film Jury Award: US Fiction), a young woman waits out a state-mandated period before her abortion can proceed. Marshall Tyler’s Night Shift looks at a bathroom attendant in a Los Angeles nightclub. Polish animator Renata Gasiorowska’s Pussy depicts a young woman’s thwarted attempts at a solo pleasure session. In Swedish filmmakers Maximilien Van Aertryck and Axel Danielson’s Ten Meter Tower (in Swedish with English subtitles), people who’ve never been up a 10-meter diving tower must choose whether to jump or climb down, in an entertaining study of people in a vulnerable position. Some films contain mature content. (US 2017) Total program 95 minutes.