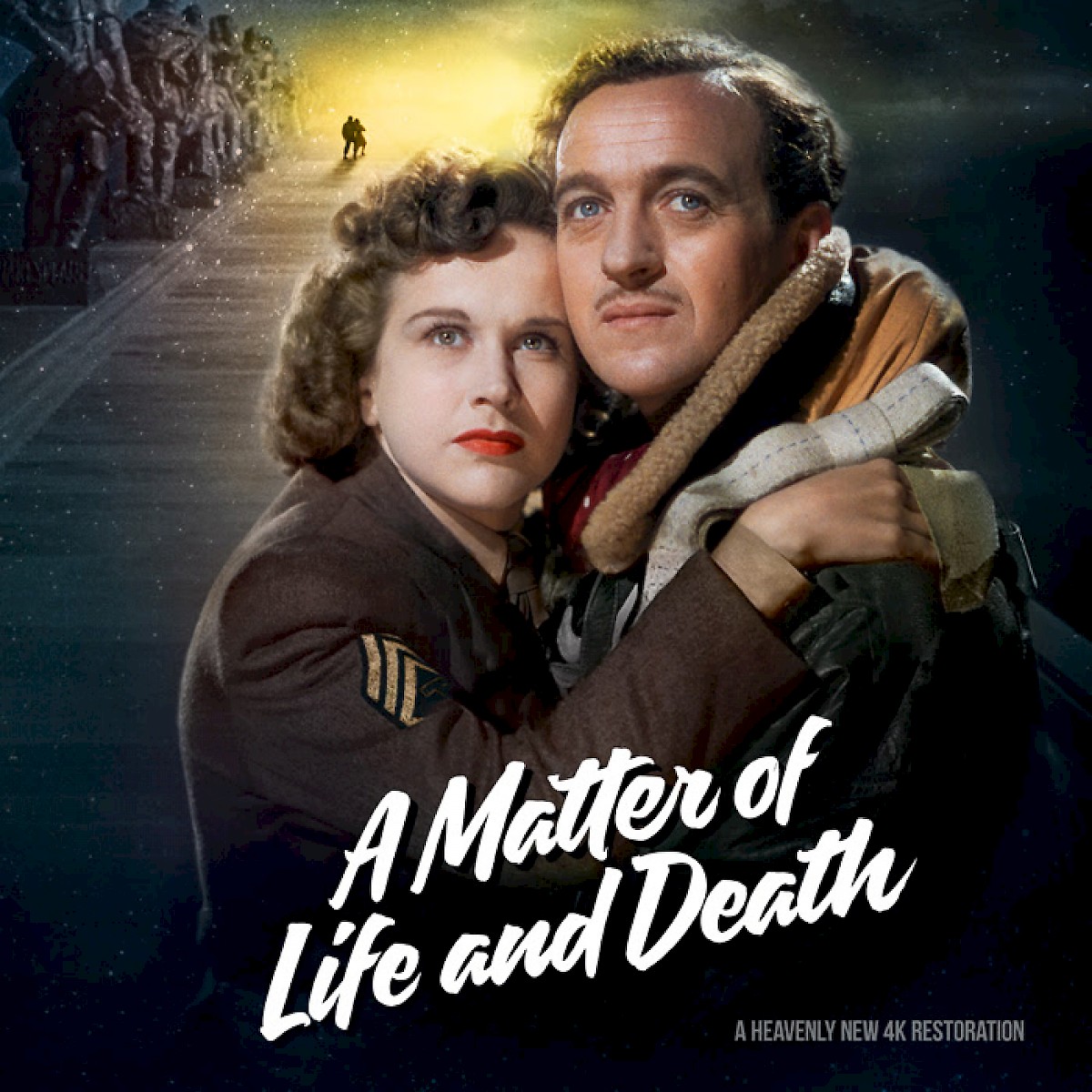 Released in the US as Stairway to Heaven and presented in a major new restoration, this classic romance from Michael Powell and Emeric Pressburger stars David Niven as a British pilot who crashes into the Channel, only to survive and fall in love with American soldier Kim Hunter. An emissary from Heaven has missed his scheduled soul pickup, and ultimately the pilot stands trial to defend remaining on Earth with his new love.  Produced at the end of World War II to promote Anglo-American goodwill, this charming fantasy was brilliantly photographed by Jack Cardiff, with eye-popping Technicolor for Earth and black-and-white in Heaven. With Roger Livesey, Marius Goring, Raymond Massey, Robert Coote, Richard Attenborough. Writers/Producers/Directors: Michael Powell, Emeric Pressburger. (UK 1946) 104 min.