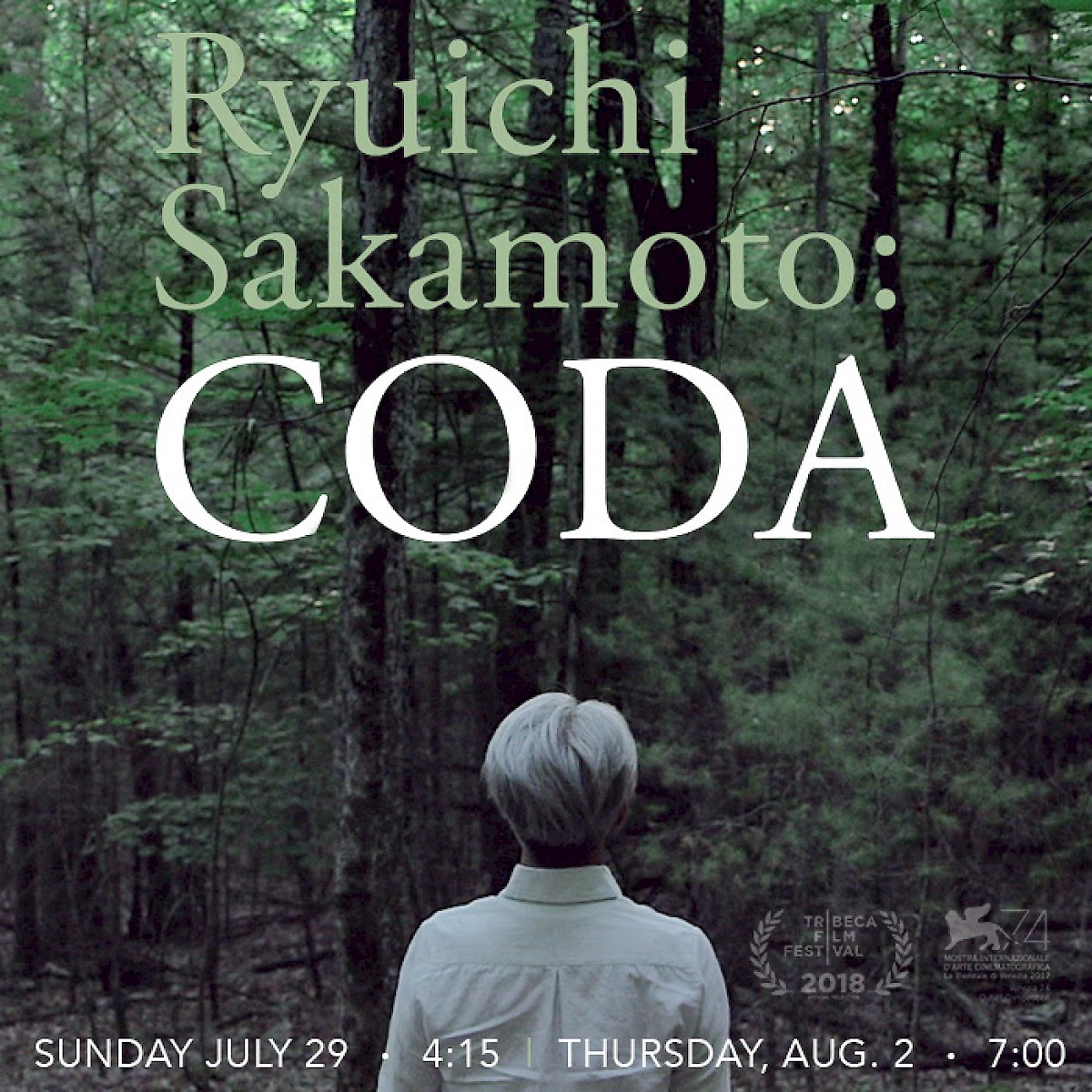 Ryuichi Sakamoto has had a prolific musical career over four decades, from techno-pop stardom to Oscar-winning film composer, and his music’s evolution has coincided with his life journeys. Pursuing a solo career after his work with the Japanese electronic band Yellow Magic Orchestra, he created a spectacular score for Merry Christmas Mr. Lawrence (in which he also co-starred opposite David Bowie) and won an Oscar for The Last Emperor (shared with David Byrne). Recently he scored The Revenant. An avid environmentalist, Sakamoto became an iconic figure in Japan’s social movement against nuclear power following Fukushima. As he returns to music following a cancer diagnosis, his haunting awareness of life crises inspires a resounding new masterpiece. Director: Stephen Nomura Schible. (US/Japan 2017) 102 min.

Next: Farmers Market in San Rafael, Every Thursday Morning »