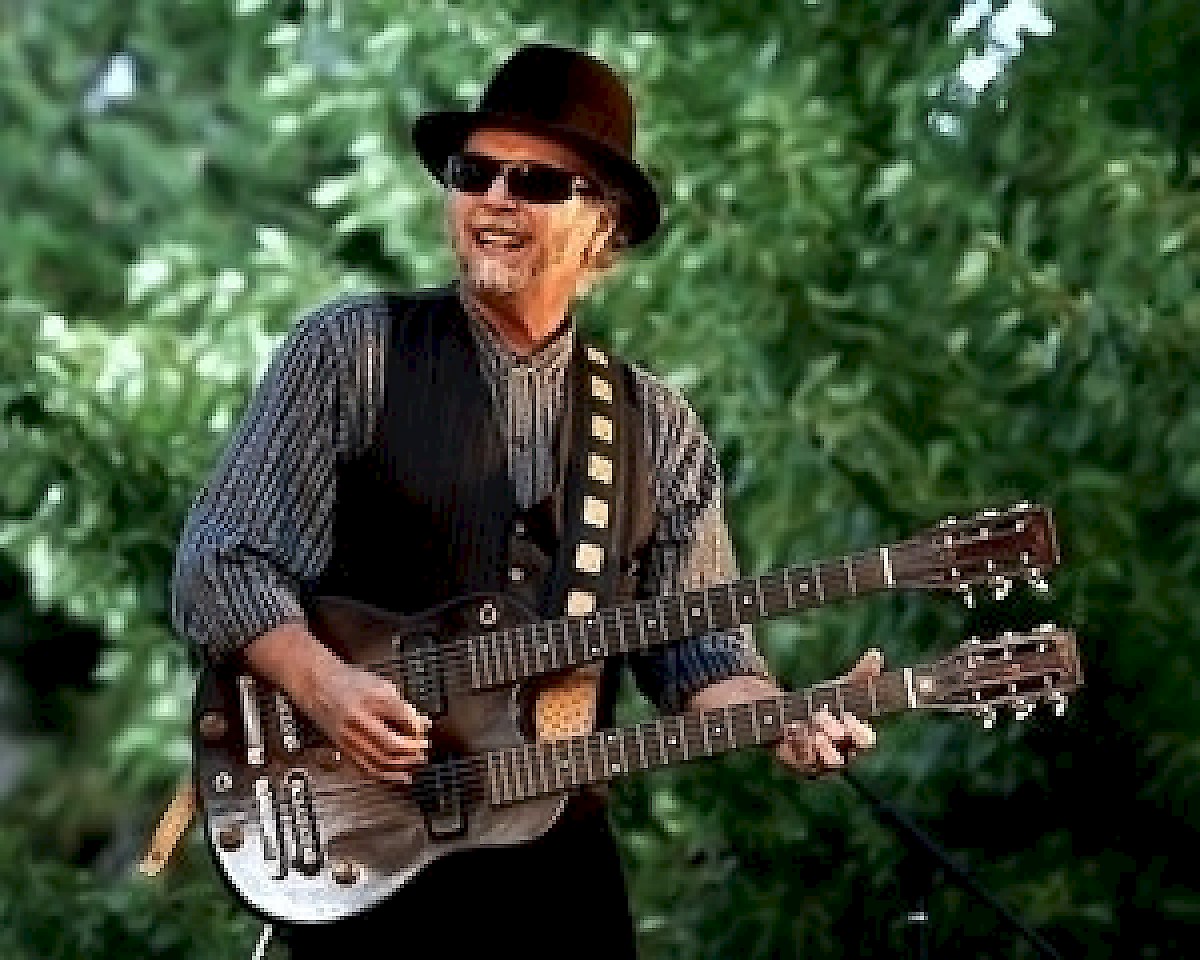 Born in Redding, California in 1950, Roy began playing guitar at twelve years of age. He discovered the great blues players early on, especially when his older brother brought home an album by Robert Johnson. Thus began his love of the blues, slide guitar in particular, which had an immediate effect on Roy, who was indeed named after the King of the Cowboys. Through the years he developed a distinctive style of playing slide guitar that not only emerged, but one that is instantly recognizable.