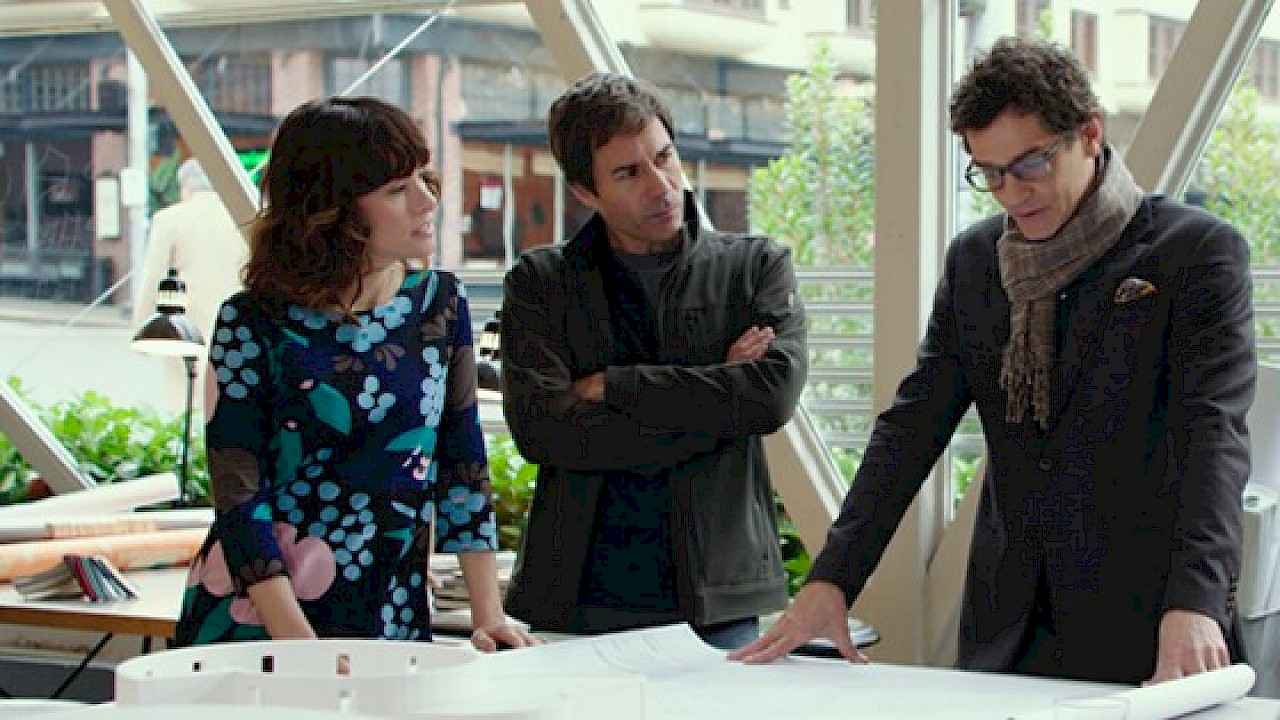 Mill Valley Film Festival presents The Architect.  Propelled by fine performances led by stars Parker Posey (Best in Show) and Eric McCormack (Will & Grace), The Architect straddles the line between comedy, drama, and tragedy in local filmmaker Jonathan Parker's (Bartleby) smart and funny film.  Opposites clearly attract free-spirited Drew (Posey) and straitlaced Colin (McCormack) once upon a time, but trouble is brewing for the upper-crust Seattleites even as they try to start a family and engage suave architect Miles Moss (James Frain, Orphan Black) to design their dream house.  Moss has grand vision and poetic flair.  He's also an oddball wary of right angles and budgetary contraints, but passionate about delving into the hopes, dreams, and bathing habits of his clients.  While Drew gravitates towards Miles' eccentricity, the wacky interloper puhes Colin to his wit's end.  Will the duo's already rocky marriage turn out to be as precarious as the staircase railing in their perpetually unfinished home?

Next: A Tribute to Julie Dash, Mill Valley Film Festival »