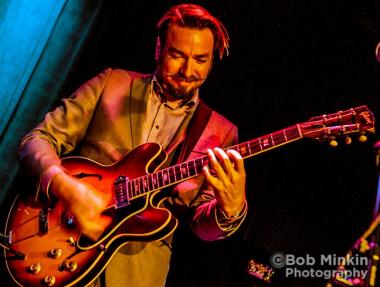 Hammond B3 virtuoso Ike Stubblefield is a music industry legend. With almost 50 years in the business, you may think he’s seen and done it all, but he’s just getting started. He cut his teeth backing Motown legends like the Four Tops, The Temptations, Marvin Gaye, Martha Reeves, Stevie Wonder and Rare Earth. He lent his soulful R&B style to Al Green, Ike & Tina Turner, Curtis Mayfield, B.B. King, The Pointer Sisters and George Benson, and helped create the classic B3 sound that others would imitate for generations to come. In 2010, he collaborated with Grammy-winning Atlanta soul man Cee Lo Green, recording organ and keyboards on 9 tracks. Ike will be joined by band leader and funk guitar hero of the UK's The New Mastersounds,Eddie Roberts.