Culinary Marin · The Chef & The Kitchen 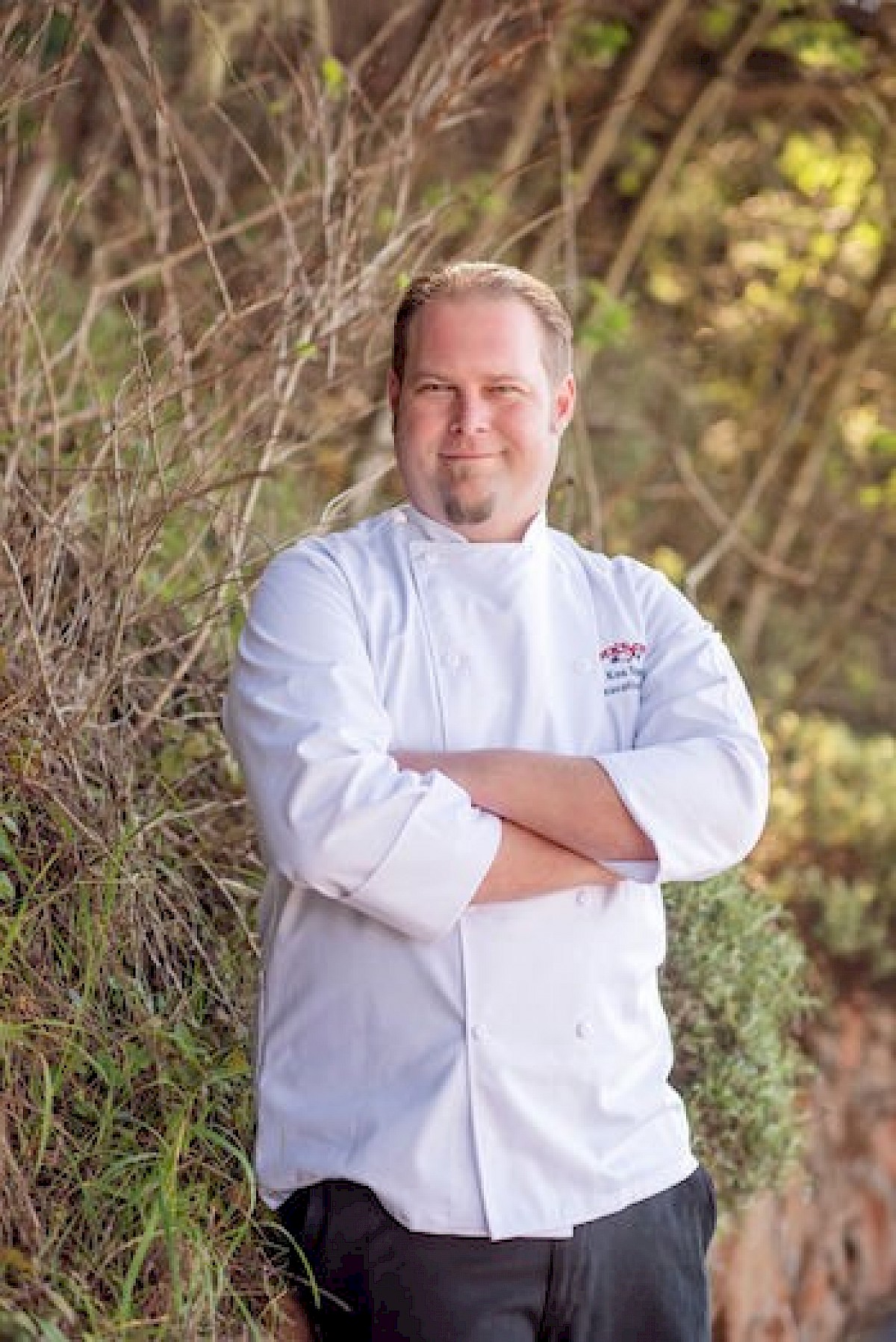 Born and raised on the Hawaiian island of Oahu, Chef Kua Speer feels most at home when he has access to amazing local seafood, especially when he is cooking right on the water. At Nick’s Cove, on the banks of Tomales Bay, Chef Speer gets to do just that, and enjoys taking a rustic and classic approach to the restaurant’s Coastal California cuisine.

After graduating from High School in Oahu, Speer moved to the Bay Area in 1997 to attend the Culinary Program at City College of San Francisco. He graduated in 1999 and began cooking at Outback Steakhouse, where he stayed for six years. He worked his way up from pantry to kitchen manager and became proficient in high-volume cooking and budgeting, structuring and managing a large kitchen. Since then, he’s learned about several different cuisines and types of kitchens while working as Sous Chef for several well-known and highly-regarded restaurants in the Bay Area, such as Palamino, Limon, and Limon Rotisserie in San Francisco, Charlie’s in Windsor, and he opened Luma in Petaluma, which received a Michelin-recommended rating in their first year.

By the time Speer started as Sous Chef at Nick’s Cove and Cottages he was ready to get back to his roots and work at a restaurant on the water, specializing in Coastal California cuisine. He loved the vibe, food and team at Nick’s Cove, and for five years he became close with local farms, fishermen, and cheesemakers, while getting to know his regulars and building a love for West Marin. He also realized that there was one piece of North Bay experience that he still yearned to learn more about: the wine industry.

When the opportunity to start a culinary program at Sterling Vineyards in Napa Valley arose, Speer couldn’t pass it up. He learned that Napa Valley wineries can’t have restaurants, only food pairing programs, and so he developed a culinary pairing program there that is still in use today. At Sterling he learned an invaluable amount about the wine industry, how seasonality and vintage affect tastings, and the best foods to eat while tasting different varietals. Unfortunately, while at Sterling, Chef Speer had a family obligation arise, and he decided to step away from the winery for a couple of months. However, it was during this time that he learned that the Executive Chef position became available at Nick’s Cove, and he felt the opportunity was meant to be.

Now back at Nick’s Cove, Chef Speer is excited to reacquaint himself with his regulars, farmers and fishermen out in West Marin, while streamlining the menu to focus on classic Nick’s Cove dishes infused with home grown and local ingredients. He very much looks forward to utilizing the new on-site farm and garden called The Croft, and is already collaborating with the Garden Manager on planning which vegetables, herbs and flowers he’d like to use throughout 2019.