Fall is film festival time in Marin, with the glitterati and paparazzi jetting in for the world-renowned Mill Valley Film Festival from October 2 through 12. The wildly popular, Italian Film Festival, now it its 38th year, brings true cinematic gems direct from Italia to the big screen at the Marin Center from September 27 through November 8. And the one-night Wild & Scenic Film Festival presented by the Marin County Bicycle Coalition is slated for September 23 at the Lark Theater in downtown Larkspur.

With venues in Mill Valley, San Rafael, Corte Madera and Larkspur, the ever-expanding Mill Valley Film Festival has, since its founding in 1977, blossomed into an eleven-day, internationally acclaimed cinema event presenting a wide variety of new films from around the world.

Featuring new films and new filmmakers, the festival has earned it’s bragging rights and  “a reputation as a filmmakers' festival by celebrating the best in American independent and foreign films, along side high-profile and prestigious award contenders.“ This year includes a special tribute to Robin Williams on October 5 at Mill Valley’s Throckmorton Theatre. The event is free but tickets are required.

According to the organizers, “five of the last six films that have gone on to win the Academy Award for Best Picture (Slumdog Millionaire, The King’s Speech, The Artist, Argo, 12 Years a Slave), were screened at MVFF with filmmakers and cast members in attendance. Each year the festival welcomes more than 200 filmmakers, representing more than 50 countries.” Tickets: from $14. www.mvff.com

The Wild & Scenic Film Festival is one of the largest conservation and adventure film festivals in North America, to Marin County and the Bay Area on Tuesday, September 23rd at the Lark Theater in Larkspur.

The ten films range from adventure to social justice and take you to some of the most remote and beautiful places on the planet. They introduce you to the magnificent animals that inhabit these places and the courageous individuals who are working to protect and preserve both for future generations. Tickets: $20 in advance, $25 at the door. Info: www.marinbike.org 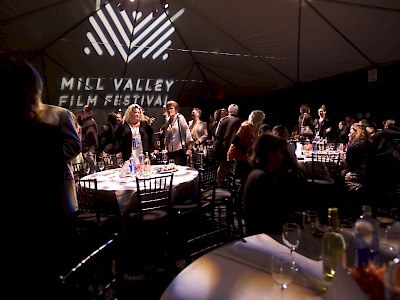 The mission of the California Film Institute is to celebrate and promote film as art and education. We achieve this goal through three core programs: year-round programming at...[Learn More]